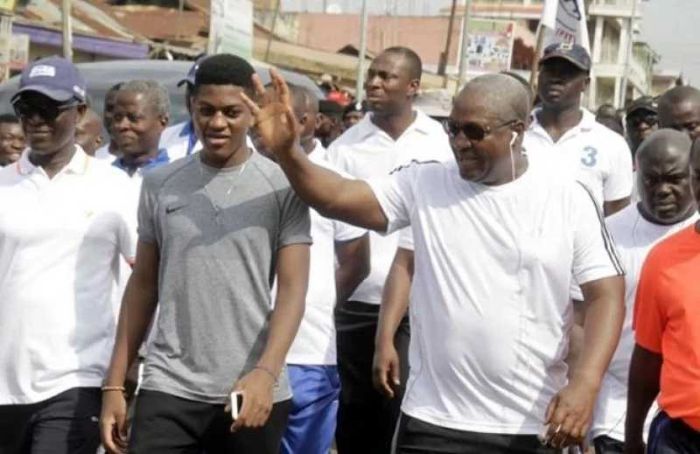 Former President John Dramani Mahama and his son Sharaf have been seen in a video enjoying a healthy father and son moment as they are both engaged in a musical chairs battle.

READ ALSO; You Lied; Your QR Code Is Not The 1st In Ghana – Sammy Gyamfi Exposes Bawumia Again

The former President, also running for President again on the ticket of the opposition National Democratic Congress, despite his busy schedule, obviously has some time for his family.

In a video that is gaining interest on social media, Mr John Mahama is spotted with his son Sharaf, dancing to some music and going round a chair in a game called “musical chairs”.

In this game, all players dance around the chair, waiting for the music to stop so that they struggle to be the first to sit on the chair.

In this particular video, the NDC flagbearer gets the win over his son.

Maybe Sharaf did not want to be a bad son so he allowed his father to win.

You Lied; Your QR Code Is Not The 1st In Ghana – Sammy Gyamfi Exposes Bawumia Again