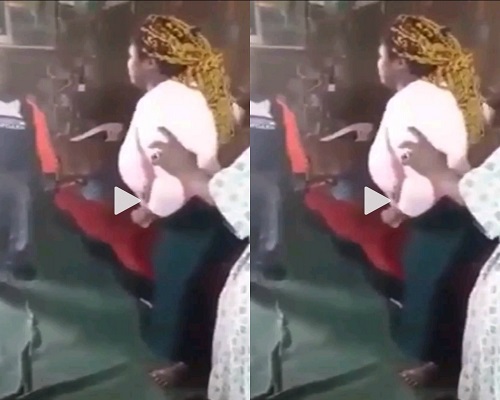 A trending video sighted by reportghana.com on the Ghanaian internet community which has raised eyebrows and additionally been labeled as barbaric by a section of social media users is footage captured during a whipping session on a Ghanaian lady who was caught in bed with another man in Saudi Arabia.

According to reports, the lady who is assumed to be in her late twenties was caught seriously been chopped by a Sudanese who lives in the same house with her.

READ ALSO:  You Are Only Entitled To What You’ve Worked For – Yul Edochie To Arrogant Beggars

READ ALSO; Video: 20-Year-Old Girl Poisoned To Death By Her Jealous Friend After She Got iPhone 11 On Her Birthday

Well, in Saudi Arabia, the punishment for fornication, however, is 100 lashes. Sighting from the video, the lady who had landed herself into this dire trouble had received over 70 lashes with less than 20 more to take whiles the scene was been recorded.

FBI thanks Dubai Police for sending Hushpuppi and Woodberry to USA