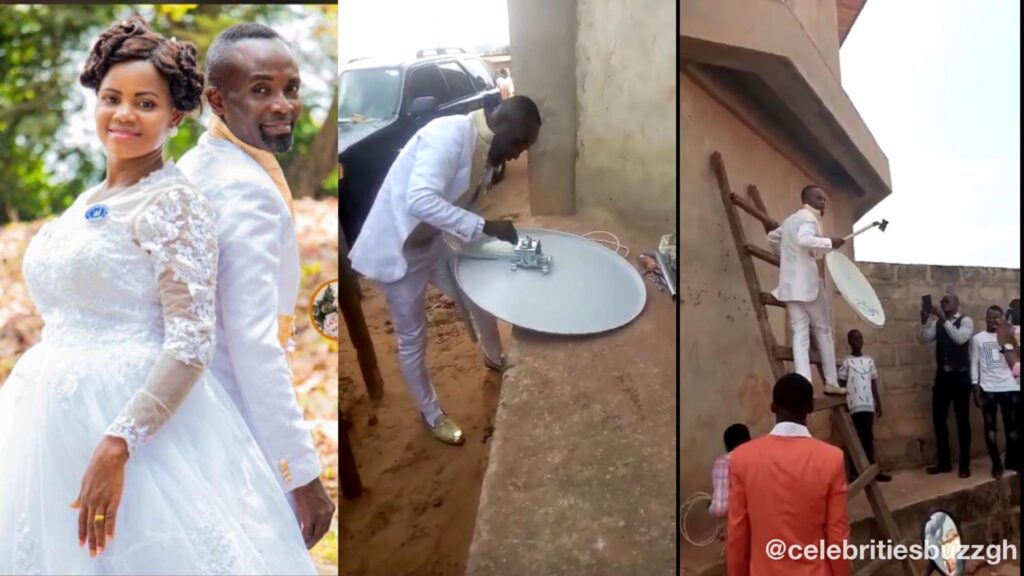 A newly married groom identified as Mr. Efful-Etteh is trending across social media platforms for his unique sense of dedication to his work.

The man who works full-time as a decoder fixer got married over the weekend.

But before making it to his wedding ceremony, Mr. Efful-Etteh received a call from one of his clients to come to fix his DStv for him.

Even though it was his wedding day, Mr. Efful-Etteh kept his bride waiting as he moves swiftly to the client’s house to get the decoder fixed.

Netizens are full of love for the man — saying that it’s good he didn’t give small money chance but pocketed it before rushing to his wedding.

The incident is said to have taken place inside Cape Coast.

On his wedding day paaa. This man went to fix @DStv for someone. Even tho he was running late. This man is dedicated to his job Ei😹😹😹😹