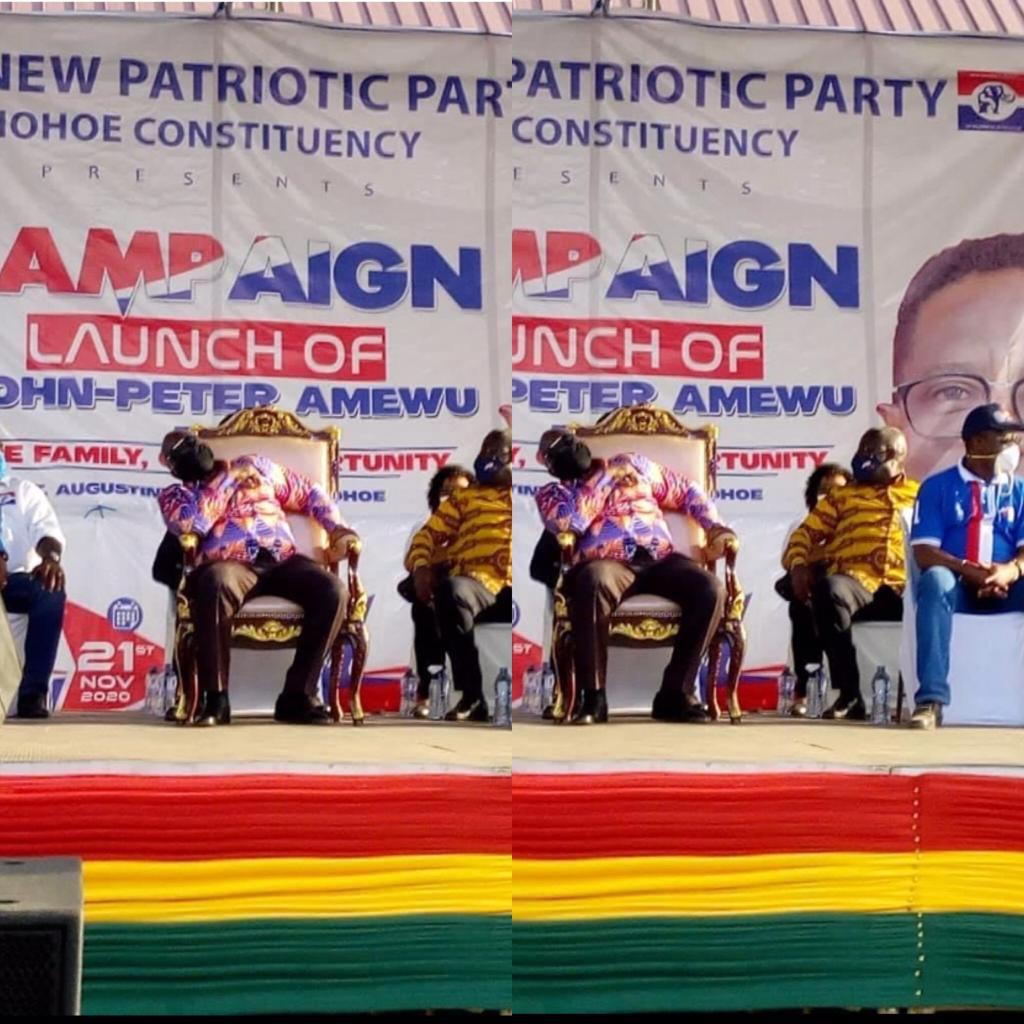 The President of the Republic of Ghana, His Excellency Nana Addo Dankwa Akufo-Addo resumed his tour after Jerry John Rawlings’s death and mourning to the Volta Region specifically the Hohoe Constituency.

He was seen in about three communities giving the people hope of his next four if they vote massively for his win in the upcoming elections. According to President Akufo-Addo, the Volta Region has not seen any development under the National Democratic Congress (NDC).

READ ALSO:  Tolanibaj Finally Reveals She Is Single After Saying She Is In A ‘Health Relationship’

So they should have trust in him (Nana Addo) and the New Patriotic Party (NPP) Parliamentary Candidate for the Hohoe Constituency, Hon. John Peter Amewu is also the current Energy Minister.

As the President finished his speech and he was resting, he was found doing this action that marvels most Ghanaians and social media users.

According to most Social Media Users, this is not the first time they have spotted the President sleeping at a campaign ground.