Recall that last week Martin Amidu in his comments on the fraudulent Agyapa Royalties deal sneakingly and mischievously included the name of John Mahama and the AirBus scandal.

John Mahama in response furious labeled the act as cowardice and stupid to involve him in a totally non-related report.

Today, Martin Amidu also responded to John Mahama in a long letter telling him to submit himself for interrogation if he is bold enough.

See the full letter below;

Reacting to the letter, A Plus stated that Martin Amidu and his office are useless if he will just wait for suspects to willingly submit themselves for investigation.

He went on to liken it to the fact that if Martin Amidu is a police officer and he knows an armed robber, he would ask them to be bold and report themselves for arrest.

He ended by saying that Martin Amidu got the highest budget allocation in 2019 (Ghc180,160,231) and enjoys a very fat salary but so far the most useless investment in ghana’s history. 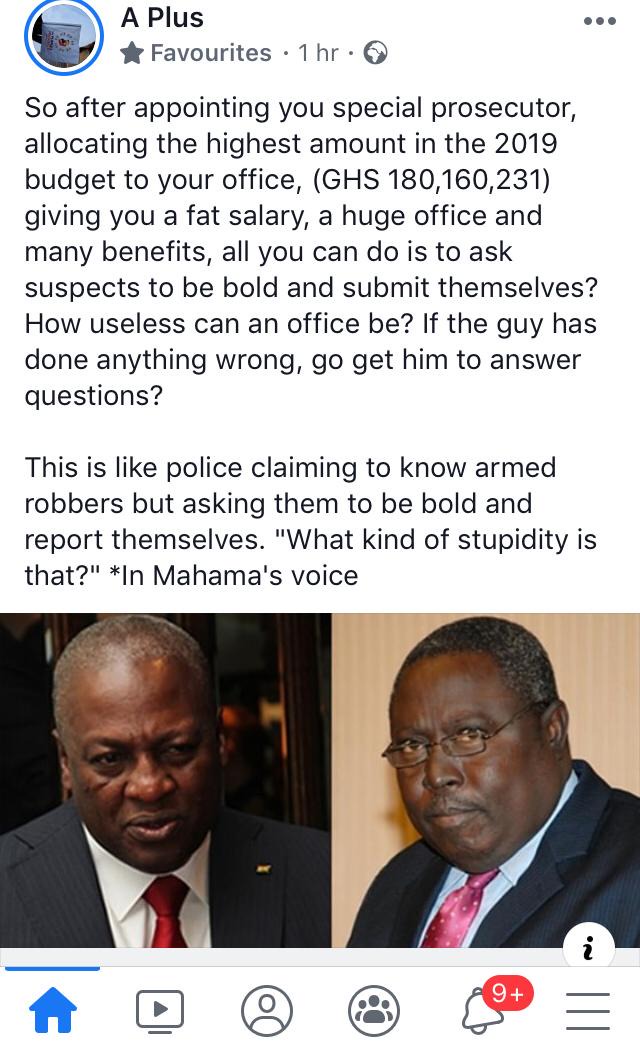 Share With Friends:
Related Topics:A PlusFeaturedmartin amidu
Up Next