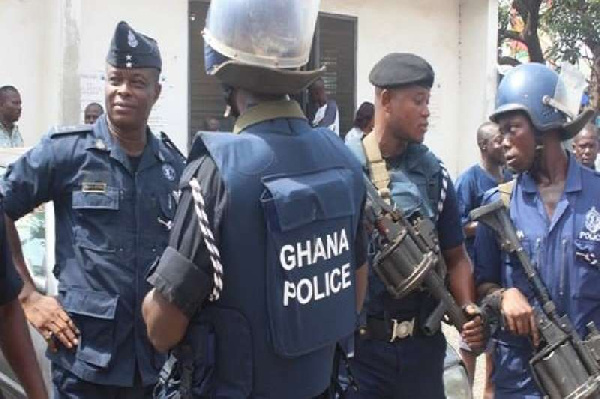 The leadership of the police service in Ghana has denied a request by some Ghanaians their request to demonstrate against the infamous Agyapa royalties deal.

For the past few weeks now, there have been heated debates between the government of Ghana over the Agyapa deal which is set to basically give off future earnings of Ghana minerals for the next decade and a half in exchange for between US$500 million and US$750 million from Ghana and London Stock Exchange.

According to the government, the money is intended for development projects.

However, many CSOs have raised red flags against the deal and many other citizens.

The latest development on the issue is a formal request by the Alliance of Equity and Public Accountability (ASEPA) to embark on a civil demonstration against the deal.

However, new development coming in point out that the request has been denied by the Ghana police.

According to the letter signed by Mr. E. A. Sakyi, the assistant commissioner of Police, the ban on social gatherings over persons over 200 is not lifted hence the demonstration cannot hold.

See the official letter below; 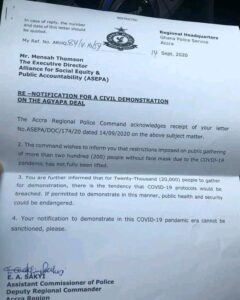