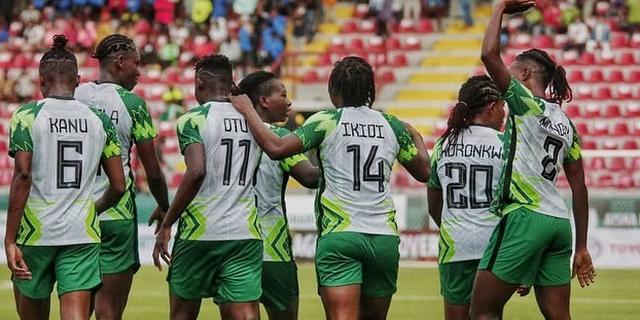 The top two teams in women’s football on the African continent at the moment, Nigeria’s Super Falcons and South Africa’s Bayana will face off in what is a potentially explosive battle on the final day.

The big game will kick off at 4 pm.

According to a statement issued by the NFF, Governor Babajide Sanwo-Olu of Lagos State is expected to lead the political elite to the final match that will include other big-name players to the closing ceremony.

The Super Falcons, nine-time champions of Africa, narrowly edged the Banyana on penalties in the final of the 2018 Women AFCON in Ghana, after both teams could not be separated in regulation and extra time.

On the opening day of the tournament on Wednesday, the Super Falcons defeated the Female Eagles of Mali 2-0 with both goals scored by substitute Gift Monday late in the second half.

Banyana Banyana were truly dominant and impressive in their 3-0 demolition of Ghana’s Black Queens on Friday.

A total of eight goals have now been scored in the tournament with Nigeria’s Gift Monday the highest goal scorer with two goals.

All the participating teams will play just two matches each with the team with the highest points tally emerging as the champions.

With just one more game to go between Nigeria and South Africa; Cameroon already finished at the bottom of the six-team table, having lost their two games without scoring.

Mali also failed to score in their two games but they have a point to their name having held Morocco so they finish in the fifth position.

Ghana lost their first game against South Africa but won their second against Cameroon to finish with three points while Morocco are on four points after a win and draw.

Both teams will know their final placing after Tuesday’s match between Nigeria and South Africa.

Share With Friends:
Related Topics:Aisha Buhari CupSuper Falcons
Up Next