Another Expose Reveals How EC Added 90,000 To Akufo-Addo's Votes In The Northern Region
Advertisement 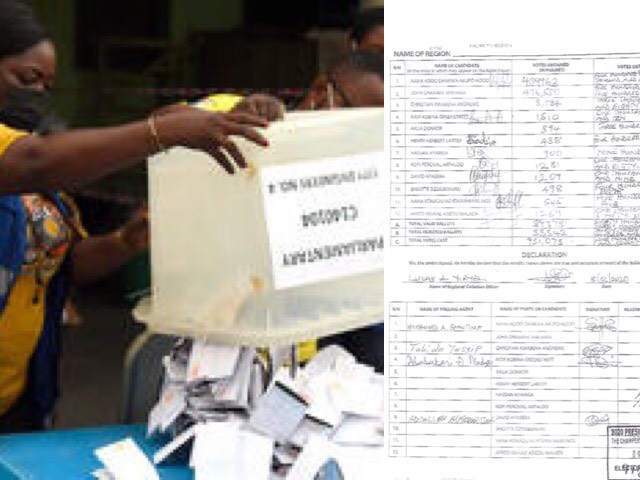 The 2020 general elections have been characterized by many anomalies and inconsistencies with respect to how the official results by the Electoral Commission keep changing after the official announcement.

The latest among them is from the official pink sheets released by the EC showing results for all the presidential aspirants from all the 16 regions in the country.

Compare the NPP figure in words to the figure in digits.

Under the clear accounting principle, the figure as written in words is what is used in the tally sheet and mentioned to anyone inputting data.

The ‘thievery’ used there is that the real figure of Akufo-Addo, (409,963) written in digits was written in words as four hundred and ninety-nine thousand, nine hundred and sixty-three (499,963). Inflation of (90,000) additional votes for Akufo-Addo which is even higher than what John Dramani Mahama got (476,550) in the region.

This nefarious and clandestine move clearly have been one of the deliberate methods used by the EC to inflate and adjust figures for Akufo-Addo. The misrepresentation of figures in words and in digits and choosing which one to use to favour Akufo-Addo to win the 2020 elections.

See the EC’s pink sheet below; 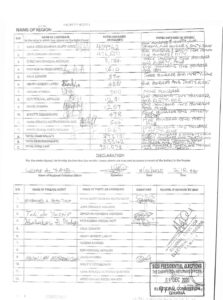 READ ALSO; This Video Shows How NPP Supporters Destroyed Cars And Properties In 2012 While Demonstrating Against Election Results