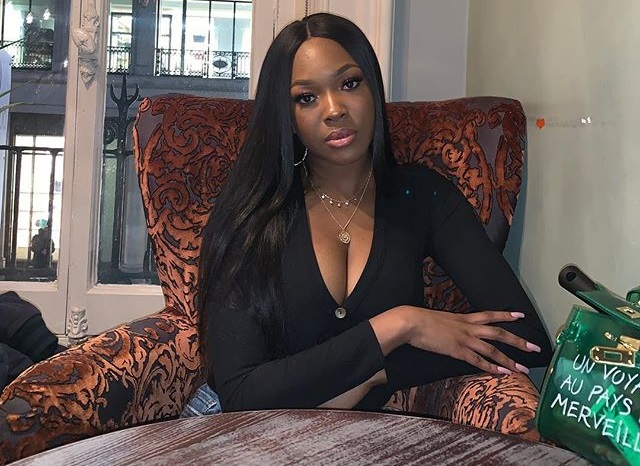 There are unconfirmed reports that the reality TV star and Neo have ended their romantic relationship.

Former Big Brother Naija housemate Vee may have a new man in her life or maybe she’s just pulling our legs.

The reality TV star took to her Instagram Stories on Tuesday, January 11, 2022, where she shared the photo of a mystery man.

Vee and the mystery man were spotted wearing black T-shirts looking all lovey-dovey.

She went on to insert a love emoji on the photo.

The photo came weeks after the reality TV star gave a stern warning to her fans to back off her relationship status.

Neo and Vee met during the fifth season of the reality TV show. It didn’t take long before they became an item inside the house.

After the show, they were always spotted together at events.

During Vee’s birthday in 2021, the Warri-born reality TV star went all the way as he took her and some friends on a boat cruise.

Neo has remained silent about their rumoured split.