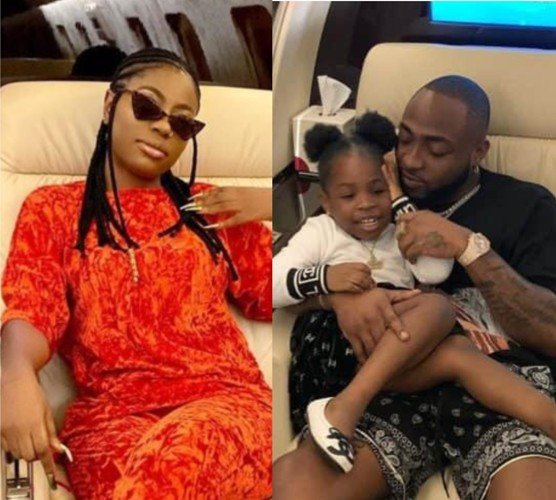 Internationally recognized singer, Davido has been spotted enjoying a fantastic moment with two of his baby mamas, Sophia Momodu, and Amanda.

Amanda, who is the US-based mother of Hailey, Davido’s second child, is seen with the singer having a good time in Ghana with Imade‘s mother, Sophia.

In a video taken and shared by Sophia on Snapchat, Davido poured the three of them a glass of drink as they all cheered in celebration.

Amanda and Sophia were heard conversing, with Sophia promising to spoil the former until she gets drunk.

Their vacation in Ghana is gradually becoming a norm; last year, Davido invited one of his baby mamas to spend quality time during a tour.

He had also previously been spotted chilling with his third baby mama, Chioma, in Ghana.