JUST IN! We Have Not Zoned Our 2023 Presidential Ticket To Any Zone — PDP Declares

Nigerians Still Trust Us, We Will Win 2023 Elections Convincingly - APC 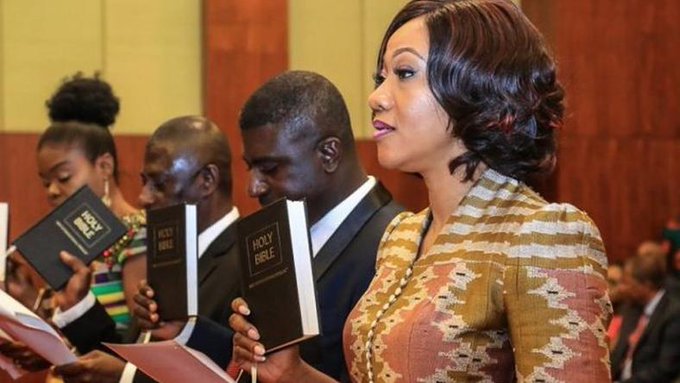 Whistleblowers from the Electoral Commission (EC) have told Whatsup News that the hierarchy of the Commission has instructed polling station officers in charge of the Biometric Verification Devices (BVDs) used during the just-ended general elections, should delete all the data on the machines.

Apparently, the data is meant to erase traces of discrepancies in the ECs figures used particularly to declare President Akufo Addo as the winner of the presidential race.

Whatsup News has seen videos provided by the whistleblowers deactivating the BVD machines per the instructions from the Jean Mensah-led EC.

In one of the videos, a polling station with some 300 verified voters simply erased the data. The whistleblower captured the entire process of erasure in the videos supplied.

On a Whatsapp group of polling station officers, one of them issued the instruction for the data deactivation, saying: “We are deactivating the BVDs right now. The order came from the HQ that all devices be deactivated so the number of voters won’t be known”.

Already, the EC has been fingered for deliberately cooking the election results that systematically caused the win of the incumbent President Akufo Addo.

Indeed, the Electoral Commission has admitted that some of the figures presented yesterday, December 9, 2020, by the EC boss Jean Mensah were faulty, saying she “inadvertently” made that mistake.

In its defense, the EC claimed the “inadvertent” mistake would not have changed any of the outcomes of the elections, but experts and mathematicians have already torn into the EC, saying if the so-called inadvertent mistake was put in proper perspective, President Akufo Addo would not have secured the 51.96% that he reportedly scored to become president.

Indeed, several arithmetic scenarios prove that if the EC had not been stingy with the truth, the President-elect would have only secured about 49%, which will be short of the 50% + 1 legal threshold for being declared President.