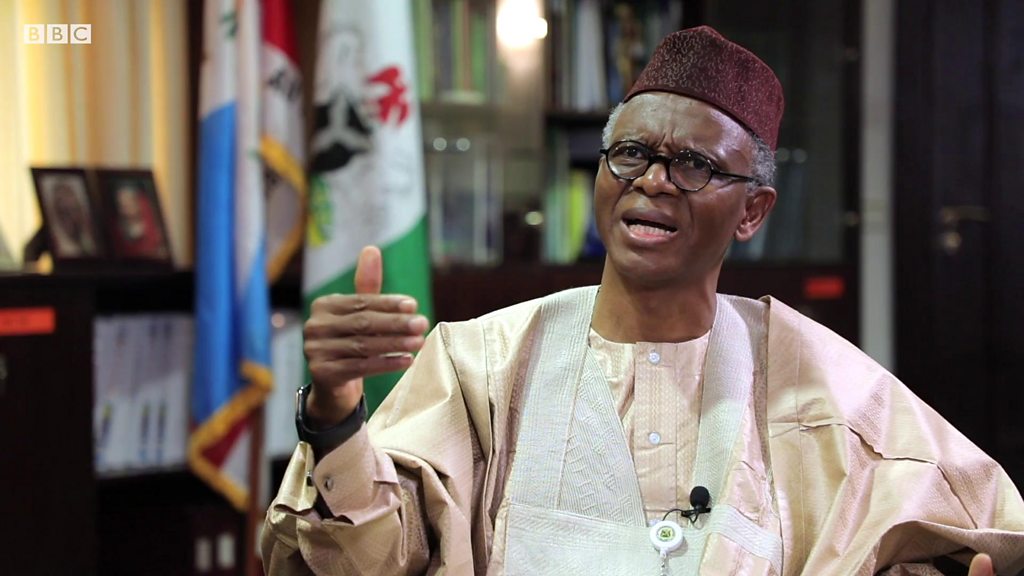 The governor garnered national attention in 2019 when he took a bold step to enroll his 6-year old son at the Kaduna Capital school.

Many praised him for such an unconventional move as many governors are known to enroll their wards in schools outside the country.

However, the governor has come under criticism following reports that he had withdrawn Sadiq from the school.

In an interview with BBC Pidgin, El-Rufai said he withdrew his son and daughter, who also later registered, to protect the lives of the other pupils of the school.

But we had to temporarily withdraw them for the security of the school because we intercepted at least two groups that were planning to attack the school to kidnap my son,” he said.

He said he did not take his son out because he was afraid the kidnappers might succeed in kidnaping him but to protect members of in the school whose lives where also at risk as well.

The governor said his son now take home classes but goes to the school to write his exams as a registered member of the school.

He said that when they are sure there are no security risks, both of them, “Abubakar Sadiq and Nasrine will go back to school.”

Share With Friends:
Related Topics:El-RufaiKaduna state governor
Up Next

President Buhari Has No Succession Plan IN 2023 – APC Replies PDP