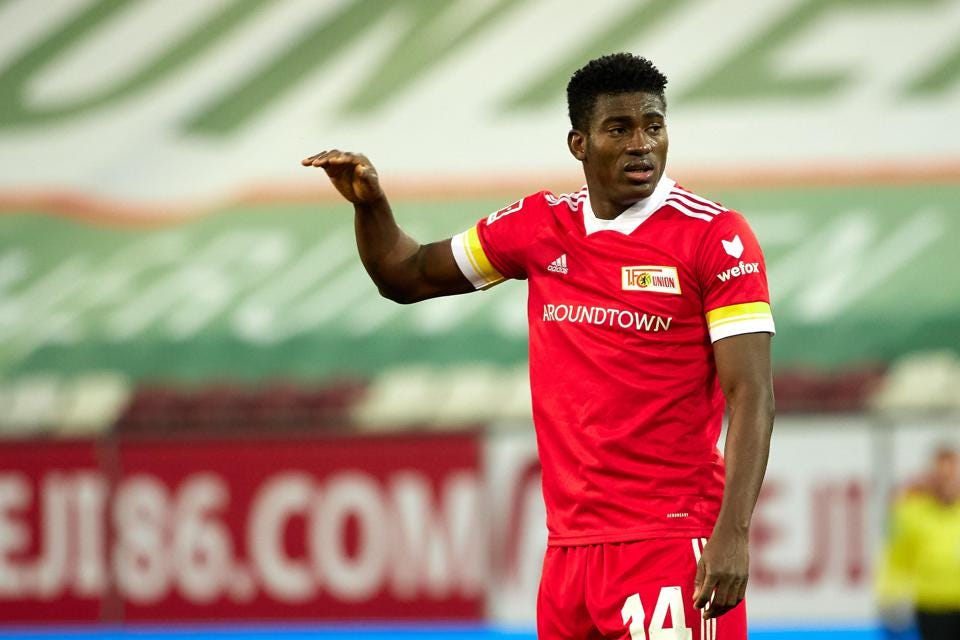 Nigerian striker Taiwo Awoniyi has had a brilliant start to the Bundesliga season with three goals in three games for Union Berlin.

He has been difficult to stop and also impressed with his partnership with Max Kruse in front.

It is no surprise that Union Berlin’s next opponent in the league is concerned.

Ahead of their home game against Augsburg on Saturday, September 11, the visiting manager Markus Weinzierl is aware of Awoniyi’s threat.

“You play internationally, that speaks for the quality and with Taiwo Awoniyi and Max Kruse you have two very good strikers,” Weinzierl said as quoted by German news platform Augsburger Allgemeine.

“They often make the difference; they have to be taken out of the game. And in Rani Khedira, they’ve definitely signed a good player that we all know.”

Awoniyi rejoined Union Berlin on a permanent contract from Liverpool the past summer.