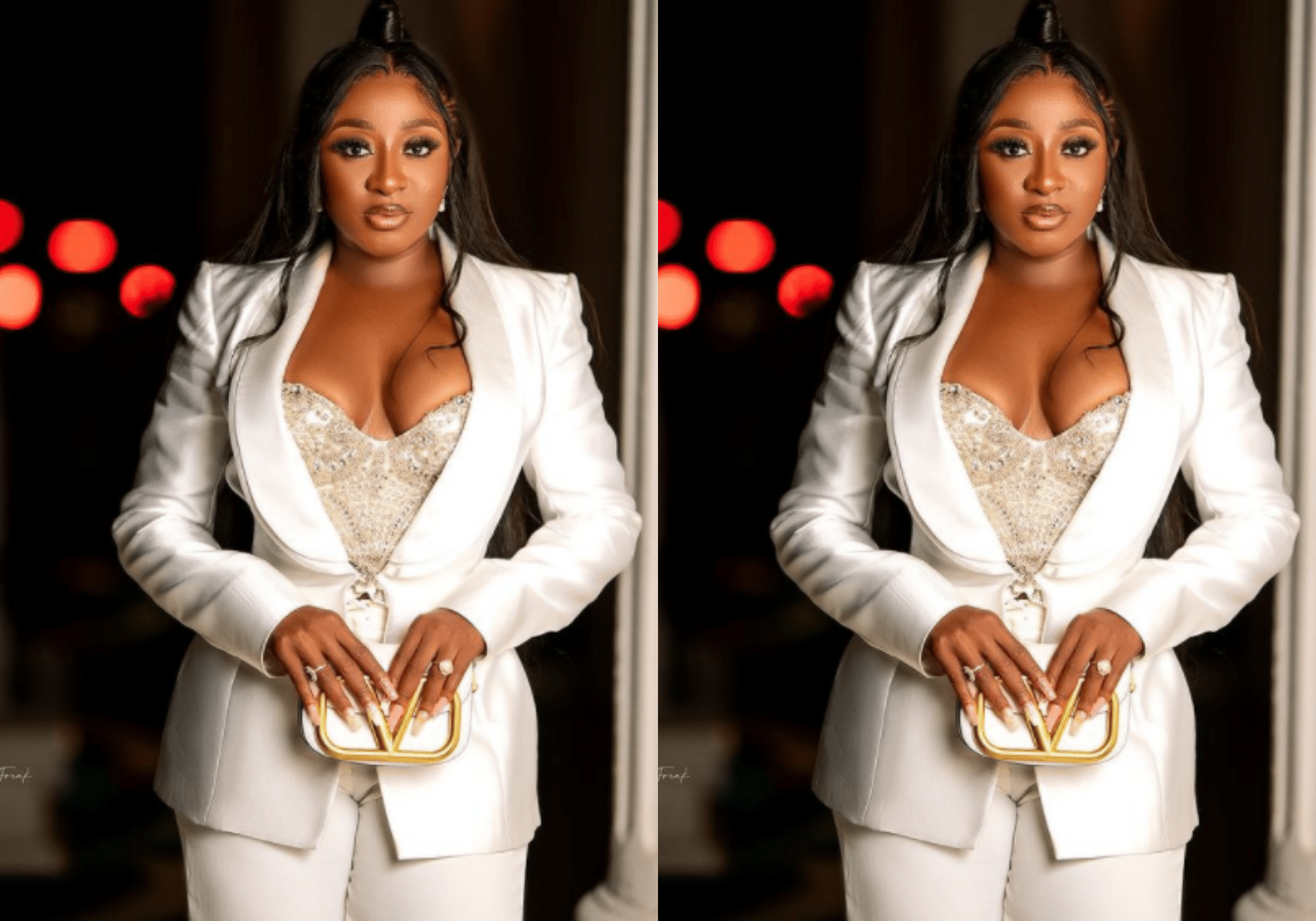 Congratulations in order to Nollywood screen goddess, Ini Edo who has confirmed she welcomed a baby girl about two months ago.

The actress took to social media to confirm the rumours spreading like wildfire on social media that she welcomed a first child through surrogacy.

Mixed reactions started on social media since the news of the popular Nigerian actress welcoming a baby girl.

A popular Instagram trusted blogger identified as  CutieJulz alleged that Ini Edo got pregnant through surrogacy and the father of her child identified as Kome has not been directly involved since the arrival of the child.

Again, an Instagram blogger identified as DoreenPerky confirmed the rumours linking Kome to Ini Edo’s baby girl, adding that the man is a wealth man who works with Living Faith Chapel located in Badore, Ajah area of Lagos state.

READ ALSO:  How I Survived Depression When My Husband Took A Second Wife – May Yul Edochie [VIDEO]

She added that the alleged baby daddy of the actress has a special parking spot in the church and sits with the pastor in the church.

But, during an interview with Stella Korkus, monitored by Enewsnaija.com Ini Edo disclosed that she had a daughter through a surrogate mother a year ago.

She stated the baby is her biological daughter because her eggs were used to fertilize the child during the process.

Ini Edo disclosed that she thought revealing her baby’s identity and talk about her on her first birthday in a few months before the news broke this week.

She said, “Yes I do have a daughter and I had her through surrogacy. The eggs are mine and so genetically, she’s my blood.

“I chose this path to fulfill my dream of becoming a mother. I still have a good number of eggs frozen in case I decide to do surrogacy again or carry my baby myself.

“I was hoping to talk about her on her first birthday in a few months but mischief-makers beat me to it and spoilt the beautiful story with lies.”

Speaking further, the actress disclosed that she had miscarriages in the past, saying that her experience did not influence her decision on surrogacy.

The talented actress added that she opted for a donor because of her fears and her baby’s peace of mind.

“I had a series of miscarriages in the past but that wasn’t my reason for going this route. I still hope to carry babies In my womb in the future, God willing.

Speaking about her baby’s father, the actress denied Mr Kome as the father of the child, but she admitted to be friends with him however, they are not in any romantic relationship.

Edo said: “It is so sad that in Nigeria when a ‘single’ woman is friends with a guy, it must mean to people that they are dating.

“Kome has been my friend for years and that’s what it is, period. He is a responsible family man and doesn’t deserve to be dragged into my motherhood story.”