JUST IN! We Have Not Zoned Our 2023 Presidential Ticket To Any Zone — PDP Declares
Advertisement 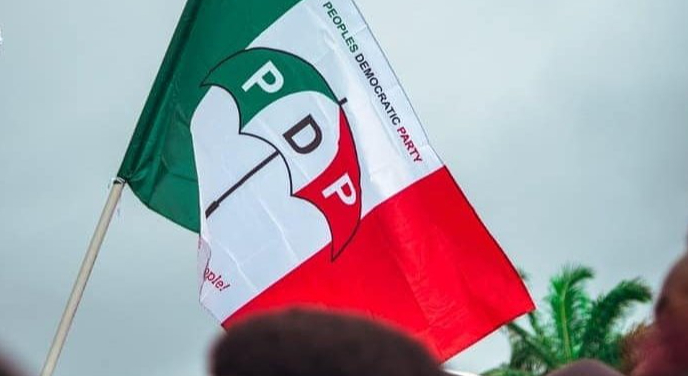 The Peoples Democratic Party (PDP) has disclosed that it has not zoned its presidential ticket ahead of the general elections in 2023.

Recall that the former Governor of Niger State, Babangida Aliyu was reported to have said that the PDP has zoned its presidential ticket to the North while receiving Atiku Abubakar‘s support group.

Reacting to the reports, the PDP said that its attention was drawn to the comments and speculations from certain individuals claiming that the party has zoned its Presidential ticket to a particular geo-political zone of the country.

The opposition party, in a statement by its Spokesman, Hon. Debo Ologunagba, said that the statement is completely misleading as it does not in any way represent the position of the party.

“For the avoidance of doubt, the PDP emphatically and unequivocally states that it has not zoned its Presidential ticket to any part of the country.

“The PDP is a political party founded on democratic principles and every action of the Party, including zoning, is based on extensive consultations, discussions and consideration of all the issues as well as the various tendencies and interests across the nation, with the main objective of ensuring that the unity, peaceful co-existence and development of our nation are reinforced and promoted.

“The PDP, therefore, urges Nigerians, our teeming members and supporters to completely disregard the unfounded zoning claims as being peddled. Our Party also cautions those behind the claims to desist forthwith,” PDP said.

The PDP thanked Nigerians for the overwhelming interest they have in the party as their sure platform to rescue and rebuild Nigeria from misrule and urged them to remain united and focused as “we join forces for the task ahead.”