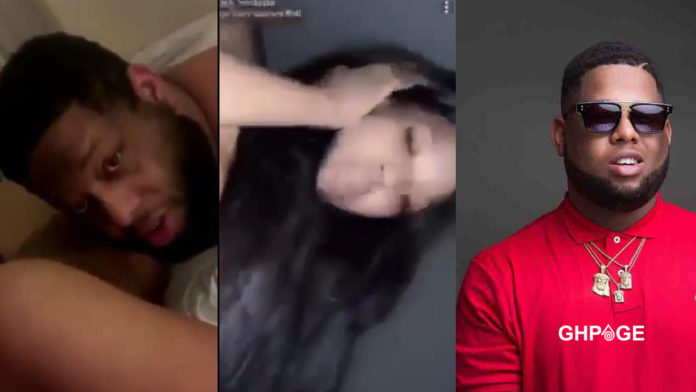 Desmond Kwesi Blackmore popularly referred to as D black has been trending for a while following a videotape that got lɐȧked on Snapchat and Twitter.

According to reports from Pulse Ghana, The name of the girl involved in this incident is Adrienne Nicole and she issued a press statement on how the video suddenly leaked. Nicole claimed that she lost her phone and the person that found it started threatening her, she then reported to the police and the cybercrime unit because she couldn’t handle it alone but the threats became more. She also added that her relationship with D black ended long before the video got leaked.

She also said that she took the matter to the Owners of the social media platform and two of the parody account were taken down completely but they kept using pages and other channels to get to her.

She finally added that she doesn’t not want her private life circulating in public, neither for her ex and it wasn’t intentional that’s why she came out to issue her statement.