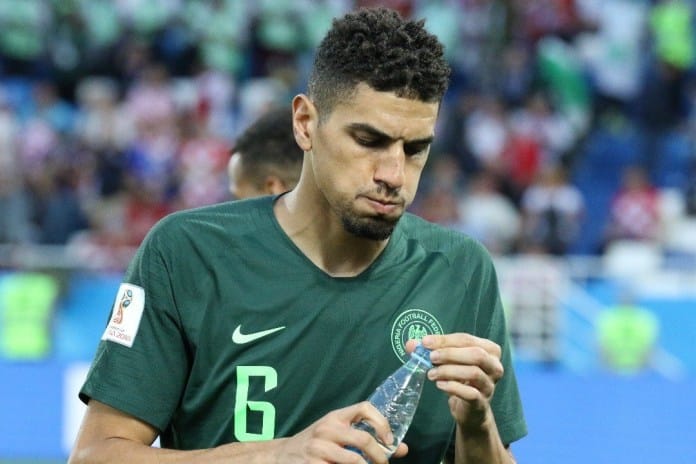 Super Eagles defender Leon Balogun did not hold back when he spoke about the state of Nigeria’s national team in a recent interview.

Balogun was on The Beautiful Game Podcast where he was asked about the state of the Super Eagles and put the Nigeria Football Federation (NFF) on blast over unpaid bonuses and poor infrastructure.

The Super Eagles do not have a base in Nigeria and often play their games in different cities, and Balogun, who has 32 caps for Nigeria, is not pleased with that arrangement.

“You hear about other players, and why can’t they not perform in the Super Eagles. We have to be honest, the infrastructure, we are not being provided with the best minerals to do our job,” the 33-year said.

“It starts with pitches or it starts with accommodation but it goes on to pitches and all these kinds of things.

“If you say you want to see the next Messi coming out of Nigeria or the next Cristiano Ronaldo or whatsoever, if you want to see us so then you need to make sure that back home in Nigeria we have the best possibilities.

“Like why don’t we have a base in Nigeria where we meet up like St. George’s park in England, we don’t really have something like that.”

Super Eagles players have not been paid match bonuses stretching from 2019 and NFF president Amaju Pinnick blamed the delays in payment on the COVID-19 pandemic which has left the federation cash strapped.

Balogun, who plays for Rangers in Scotland, also spoke about it.

“About the bonuses, it’s not even a secret, I’ve read something recently where people in charge contradict themselves saying things have been paid then they admit they haven’t been paid,” he said.

The defender who was born and raised in Germany said he was brought up in a different culture that encourages speaking out when he sees something wrong and that has made him seen as a troublemaker in the Super Eagles setup.

“And as I said I’m always quite outspoken, probably I know if some people hear that they might come after me but I don’t care because that’s just how it is,” he said.

“I think it’s also a matter of the culture, it’s a cultural thing to show respect in this kind of things, also that’s something where I clash probably because I’m not afraid to speak my mind even if it’s with the coach or the manager if I feel like something is wrong I might at one point just talk about it and then it’s always like this boy is a troublemaker.

“I’m not a trouble maker, because at the end of the day I stand in for my teammates, I do that with pleasure and if I have to take the fall well, I probably did in the past.”

Balogun made his Super Eagles in March 2014 and has played at the FIFA World Cup and Africa Cup of Nations (AFCON).