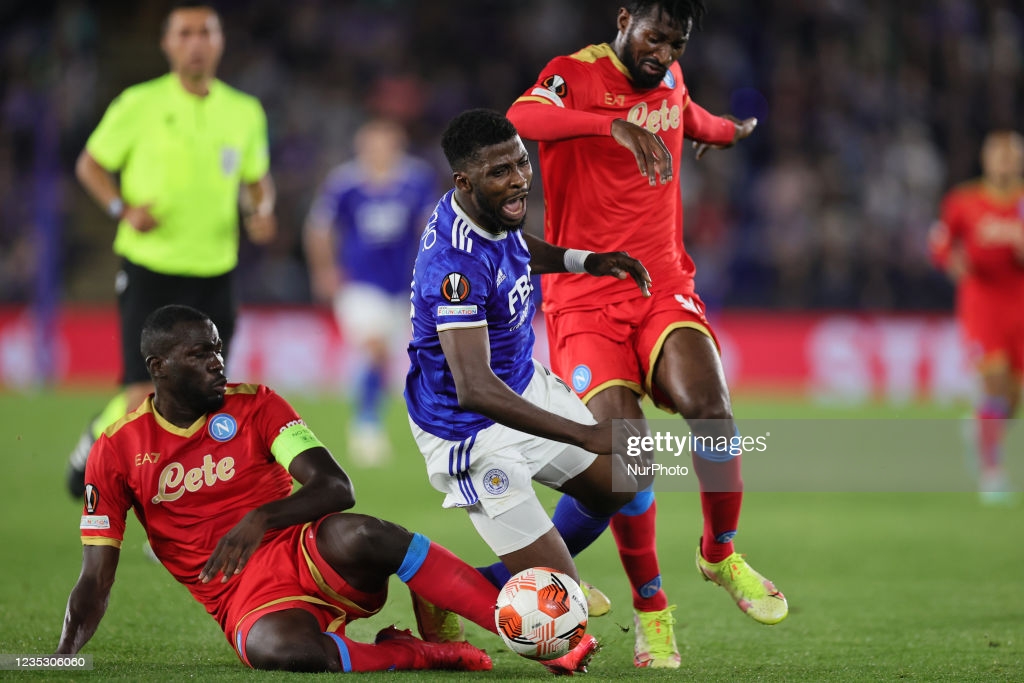 The disappointment at the King Power Stadium after Leicester City’s 2-2 draw with Napoli was palpable, with supporters slightly disappointed with losing a two-goal advantage.

While the flow of the game may have displeased the home support, the visitors fully deserved something from Thursday’s Europa League clash after dominating for large spells.

Kelechi Iheanacho returned to the XI to make his first start, while Wilfred Ndidi also unsurprisingly played from the off. The forward set up Harvey Barnes’ strike to make it 2-0 but Ndidi received his marching orders late on following a second yellow card.

Apart from the aforementioned, some key stats caught the eye on Thursday.

The forward was involved in four shot-creating actions (defined as passes, dribbles or fouls drawn directly leading to a shot) before his late withdrawal, higher than anyone on the Leicester side.

-Iheanacho was also involved in two goal-creating actions (defined as passes, dribbles or fouls drawn directly leading to a goal). This outdid everyone on the pitch.

-The Nigerian’s three progressive passes was higher than all but one teammate, Youri Tielemans.

Iheanacho’s expected assists of 0.2 was higher than all his colleagues except Patson Daka, who had 0.4xA on Thursday.

-The ex-Manchester City attacker’s three key passes was a game-high.

Despite his sending off, Ndidi had a typical game and was one of Leicester’s better players on the night.

Brendan Rodgers was equally vocal about his star midfielder’s somewhat criticizing the call to send off the former Genk man.

“I did not think the referee was very good. He was unfortunate and had done well to get through the game to get to that point after the early yellow,” Rodgers told the club’s official website.

“He is just trying to stop the attacker. It was a little bit harsh; I didn’t think the first one was yellow. I did not think the referee was great.”

The Foxes are away at Brighton & Hove Albion on Sunday and Iheanacho and Ndidi will look to make strong impacts as the East Midlands side aim to return to winning ways.

Seye Omidiora is a passionate football writer and pundit whose deep appreciation for the beautiful game exceeds the usual. He is currently a columnist for Goal Africa and has previously written for Vital Football UK, IBCity Info and Opera News.