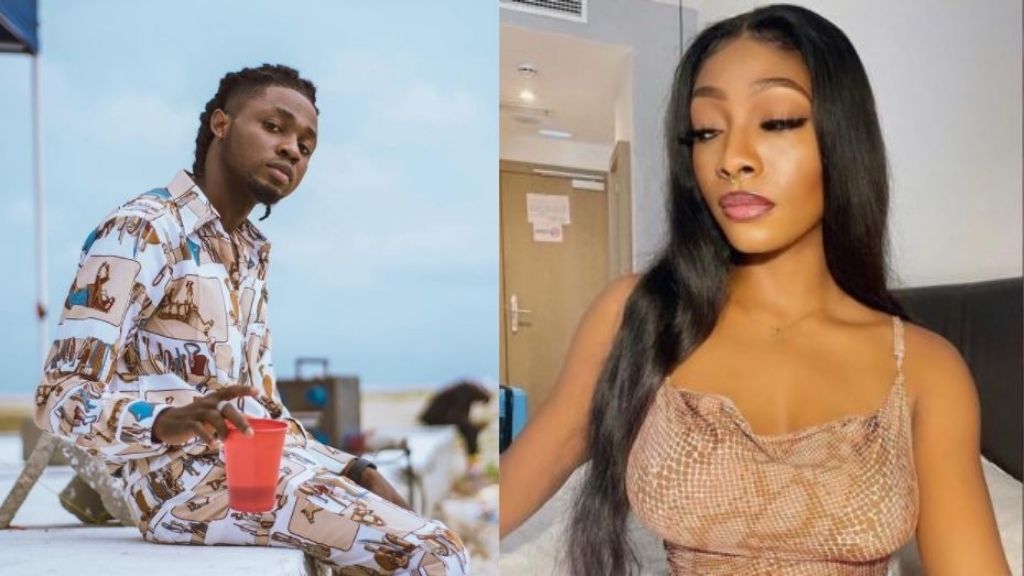 Popular Nigerian singer, Stanley Omah Didia better known as Omah Lay has unfollowed his girlfriend, Gloria on Instagram and allegedly accused her of cheating on him.

Want to get the latest entertainment news and gist?

Recall Intel Region reported that the “Godly” crooner took to social media to flaunts her girlfriend for the first time which left over 90% of Nigerian ladies heartbroken.

Most of this ladies videos of the moment they were shedding tears surfaced online due to love and feelings they have for Omah Lay.

Series of short videos of Gloria with an unknown man with a caption that she was allegedly accused of cheating with the man was sighted in a post.

The post also revealed that Omah Lay has unfollowed her on IG.