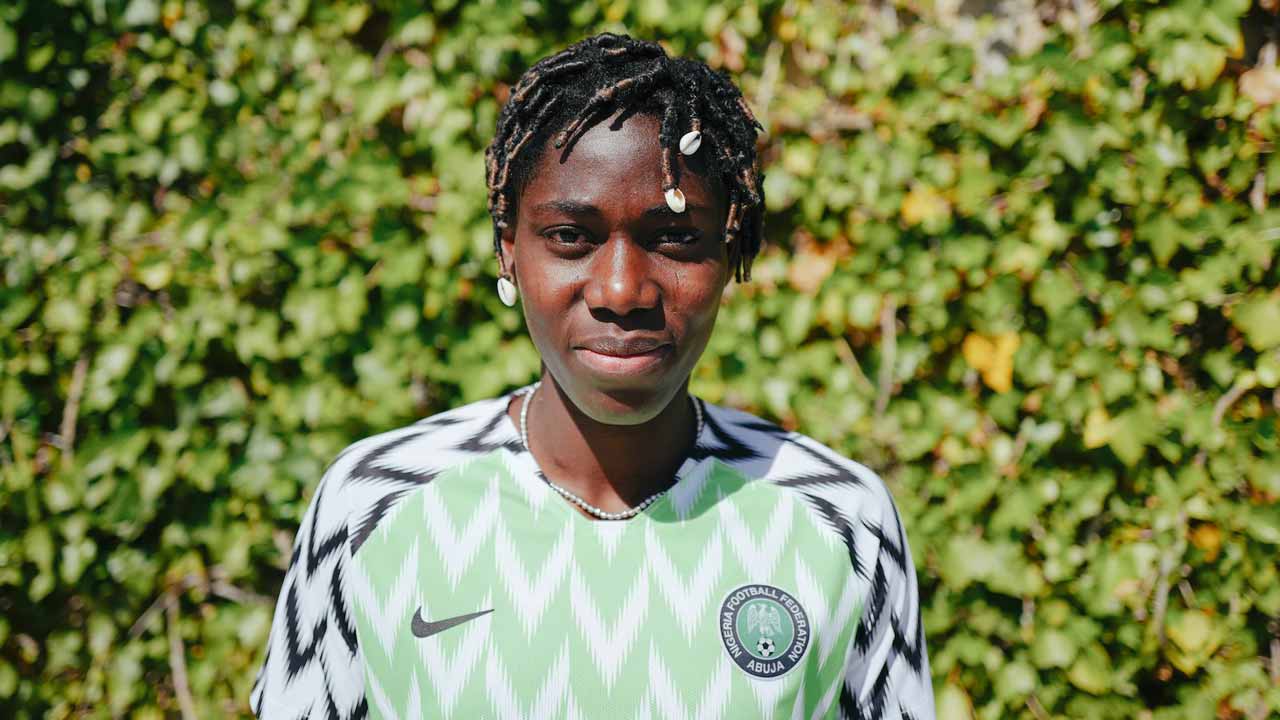 Super Falcons captain, Asisat Oshoala is unhappy over the team’s failure to book a ticket to the female football event of the fast approaching Tokyo Olympics.

Nigeria was beaten by a relatively unknown Senegalese women’s team, who forced the star-studded Super Falcons to 1-1 draw in Lagos after the first leg of their qualifiers in Dakar ended 0-0.

Oshoala told journalist at Eko Hotel, Lagos, yesterday ahead of the 1st edition of Noah Dallaji/Asisat Oshoala Para-Soccer Championship and Girls’ Football Tourney, that the absence of the Super Falcons at the Tokyo Olympics prevented her from achieving the only fulfillment left in her soccer career after playing at the World Cup, African Nations Cup, and featuring for top leagues in the world, winning series of awards in soccer including the women champions league with FC Barcelona Ladies team.

The competition, which kicked off yesterday at the Legacy pitch National stadium Surulere, Lagos will end on Monday.

The FC Barcelona of Spain forward, however stated that at the age of 26, she still has the potentials to work hard with the Super Falcons to book the ticket for the next Olympics Games.

Oshoala added that her quest to continue motivating the female gender and youths in the country to attain success in sports, propelled her to collaborate with Noah Dallaji and President Children Talents Discovering Foundation to also give the physically challenged football players the opportunity to horn their skills and also render support to wheelchair players to enable them carry out their day to day activities.

“I decided to reach out to Dallaji who have been in the forefront of assisting youths in sports development.

We just met within a short time, and he told me that I should not base my Foundation targeted only the girl child. That is why we decided to organise the football tourney for girls and also the para-soccer players to give them a sense of belongings and also give players some financial assistance. My mission to promote youths sports development remains my core values. I am delighted to associate with Dallaji in giving life to Nigeria youths through sports,” she stated.

Eight teams will take part in the girls event, as well as the Para Soccer team. The tournament will end on Monday. Wheelchairs, other essential items and cash will be given to the winners and other teams taking part at the event.

Also speaking at the event, Noah Dallaji declared that his desire to continue sourcing for talents and grooming them to become future stars to reduce youth restiveness in the country has been successful.

“Working with Oshoala to inspire youths in sports is a great privilege to me. When she reached out to me while in Spain about her foundation, I decided to key into it. We are born to play different roles in the society.

It is my desire to bring out the best in every youth and nurture them to greatness. I just finished a championship in the North, where some talents discovered have been given scholarship to lift the standard of their sports talents abroad. More championships will be organised this year to discover more youths in sports,” he said.