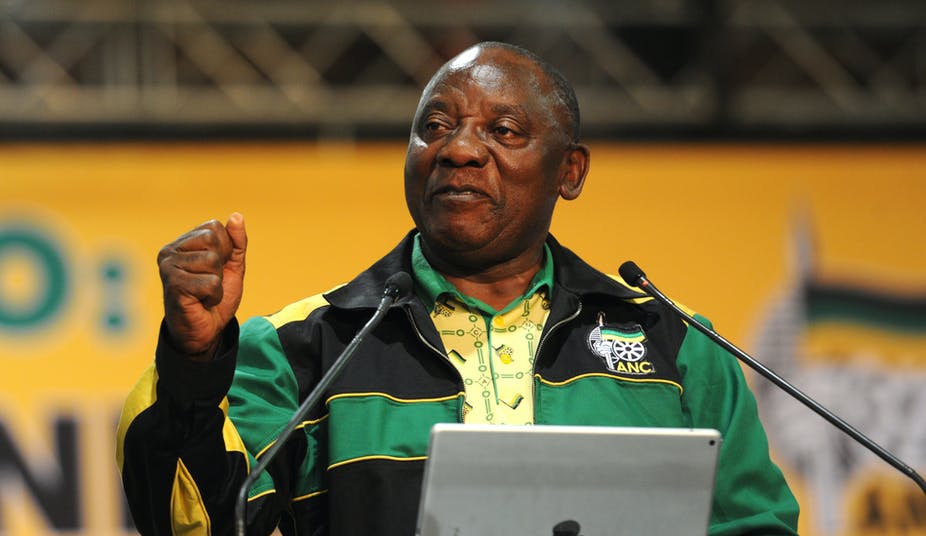 The ANC leader is facing repeated attempts to step down after calling the party out for corruption.

Ramaphosa’s confrontation has widely been interpreted as the President meant all party members are corrupt within the ANC.

The ANC National Executive Committee meeting continued on Saturday with the focus on the open letter sent by Jacob Zuma to President Cyril Ramaphosa.

Ramaphosa’s own letter confronted corrupt activity within the party but Zuma was not impressed saying that the only outcome was the destruction of the ANC.

READ ALSO:  Like Mother Like Daughter – Hard To Spot The Difference Between Stonebwoy’s Wife And Daughter In This Photo (watch photo)

Numerous attempts to pressure Ramaphosa to resign were made with some members supporting an earlier call by Tony Yengeni.

Former minister Nomvula Mokonyane, a corruption accused, said that Ramapohsa’s letter was spitting in their faces, supporting the call for his removal.

“I am saying those who have done wrong the ANC has been able to resolve on how we should deal with it. If there is accusation of corruption against you the ANC resolution of the 54th national conference is very clear. It says you must approach the Integrity Commission failing which you will be taken to the disciplinary committee. It also says when your matter is before the court in relation to corruption, you must step aside until such time that you are cleared.”

Zuma feels that Ramaphosa’s ‘public relations exercise’ was not only ‘absolutely unjustified’ but came at the expense of the ANC:

“You proceed to say the ANC should bury its head in shame. Mr President, this statement that you make is not helpful to the ANC, in my respectful view. For all intents and purposes, it can only serve to destroy the ANC, particularly if the head of the ANC pleads guilty on behalf of the ANC, and calls the ANC the accused Number 1.”

In his own letter responding to Ramaphosa’s, Zuma pointed out that Ramaphosa was the first leader of the ruling party to publicly slate it as corrupt:

“Your actions are unprecedented in this regard. Mr President you are indeed the first president of the ANC to stand in public and accuse the ANC of criminality and that the ANC must be the accused Number 1 as accusations of corruption mount.”

Related Topics:FeaturedRamaphosaSA News
Up Next