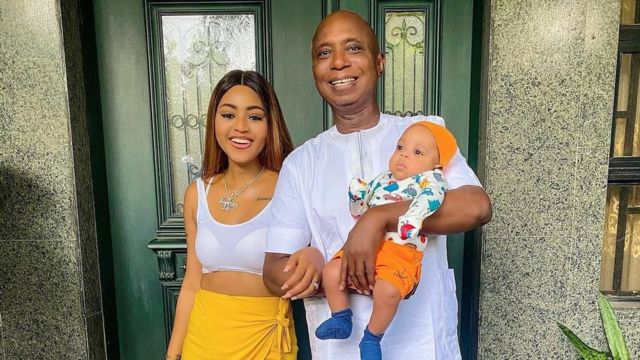 Nigerian billionaire, Prince Ned Nwoko, has indirectly disclosed the real age of his wife, Regina Daniels on her birthday.

Regina Daniels’ real age has been a topic of controversy on social media ever since she turned 16.

Since her birthday five years ago, the young lady has continued to insist on being 16 and even went ahead to make a necklace for herself with the tag “forever 16”. 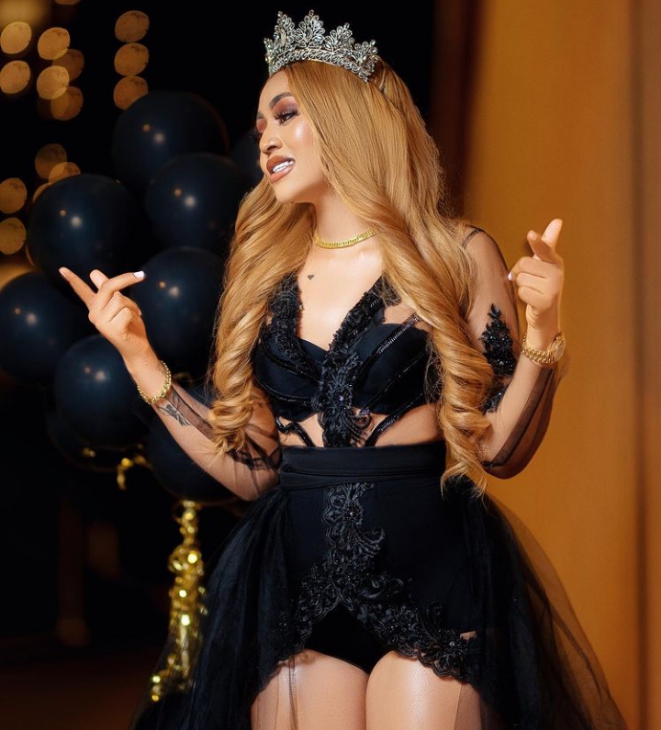 However, in his birthday message to Regina Daniels, Ned Nwoko stated that it is the beginning of a new decade for her, insinuating that she just turned 21.

READ ALSO:  Scores Injured As Davido And His Boys Fight Dirty At A Club With Dubai 'Big Boys'

Beginning of a new decade with so much hope, expectations and grandeur. I know you are looking forward to the future with so much fanfare, I love you and wish you the very best as always @regina.Daniels,” he wrote.

Nigerians have flooded her comment section with both congratulatory messages and teases as her secret has now been exposed.

Meanwhile, to mark her birthday, her husband organised an intimate dinner for her in Petra, Jordan, where they had a lovey-dovey moment.

READ ALSO:  Tinubu Told Me He Wants To Be President In 2023 - Yakasai Reveals

Meanwhile, Jim Iyke, the Nollywood actor and film producer, showed his downsides to his Ghanaian fans when he stormed out of the YFM Kumasi studio for being late.

Jim Iyke who is in Kumasi working on media relations for his film “Bad Comment,” which will be released tonight at the Kumasi Mall.

He’s made numerous appearances on the city’s main radio stations as part of the movie’s promotion.

However, he was supposed to be on YFm102.5 at a certain hour, but he couldn’t make it, and the show’s host, NYDj, questioned him about why he was late.

Jim Iyke did not appreciate the way NYDJ posed the issue about his late arrival, and something the DJ said to him did not sit well with him, so he chose to leave the studio.