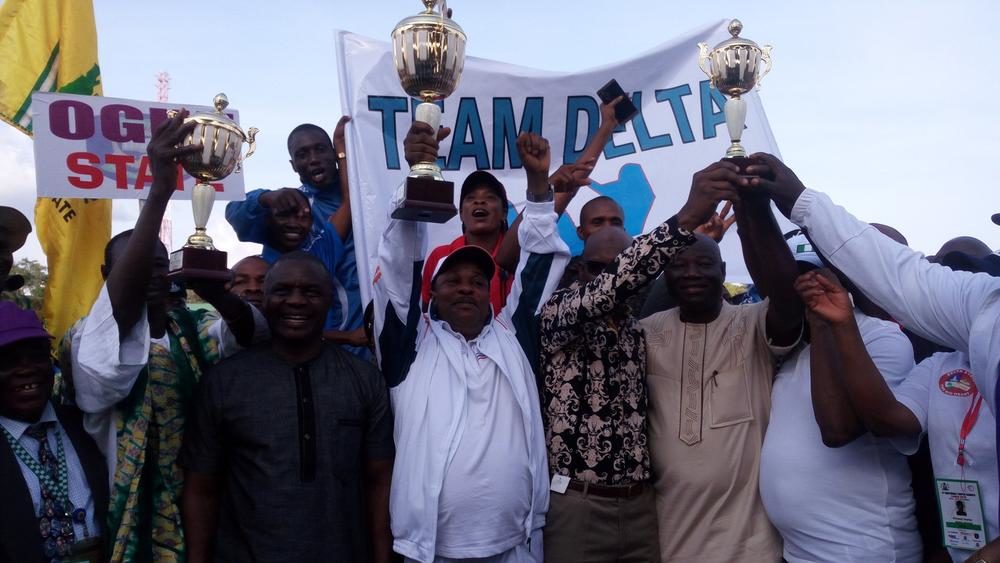 Team Delta on Tuesday in Ilorin underscored their dominance of the National Youth Games (NYG) by winning the sixth edition, with a haul of 60 gold, 26 silver and 28 bronze medals.

Delta had dominated the games since inception.

In fourth place was Bayelsa with 16 gold, 14 silver and 16 bronze medals.

Kwara, which finished 13th at the last edition, improved their performance this year with a sixth place after garnering 10 gold, 10 silver and 12 bronze medals.

FCT stood in the seventh position with 10 gold, nine silver and 17 bronze medals.

Ogun were in the eighth place on the final medals table after winning eight gold, 13 silver and 24 bronze.

Tuesday’s closing ceremony held amid fanfare and a colourful march-past. 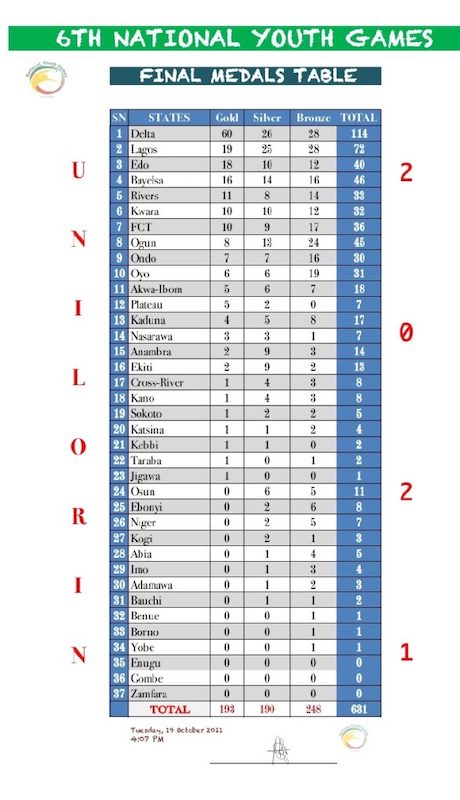 Share With Friends:
Related Topics:National Youth GamesNYGTeam Delta
Up Next