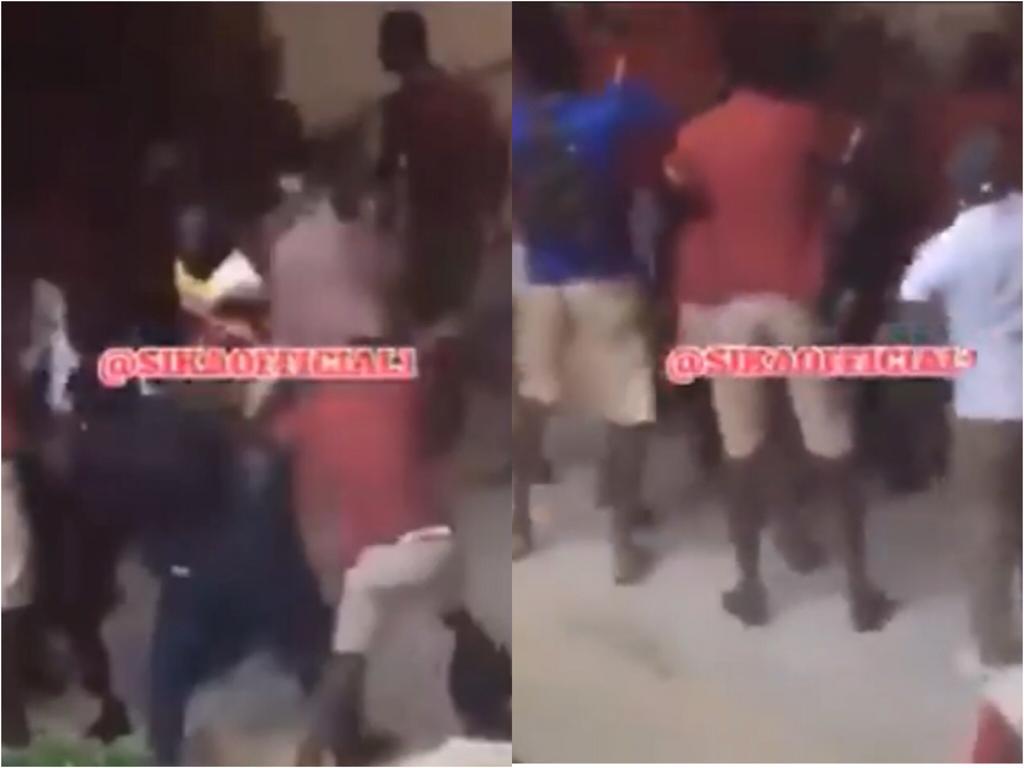 Some students within Kwabenya in the Greater Accra Region were spotted in a video beating up a teacher for being strict during exam invigilation.

It can be recalled that after the first paper of the 2020 WASSCE exams in August, Students were reported to have left the exam hall complaining of the exams being strict and not being allowed to cheat in the exam hall.

These students spotted in the video were seen chasing and beating the school’s invigilator whilst yelling in different tones of voices.

The students are from Kwabenya S.H.S located within Taifa in the Greater Accra Region, the Lawmaker for Dome Kwabenya, Sarah Adjoa Safo is yet to comment on the Issue, Meanwhile police have begun investigations to clamp down on these nonconformists.

President on Social media, they were called back on the recommendation of President Akufo-Addo to the Director-General of Education, Prof. Kwasi Opoku Amankwah to be allowed to write their final exams.

WASSCE: Some students of Kwabenya SHS reportedly involved in a fight after writing their exam #Exams #SHS

Related Topics:Featured
Up Next