Why PDP, Others Are Losing Members To APC
Advertisement

Nigerians Still Trust Us, We Will Win 2023 Elections Convincingly - APC 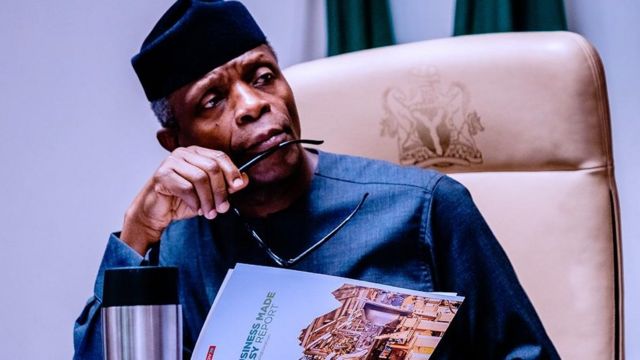 The recent defection of opposition members to All Progressives Congress (APC) has been attributed to the unassuming leadership style of Gov. Mai Mala Buni, Chairman, APC Caretaker and Extra-ordinary Convention Planning Committee (CECPC).

Sen. George Akume, Minister of Special Duties and Inter-Governmental Affairs, made this known in a statement on Friday in Abuja.

Akume, who commended Buni for the feat, said that the CECPC chairman’s unassuming leadership had reunited the APC for greater heights.

The minister also expressed confidence that the APC would emerge victorious in the forthcoming Anambra governorship election slated for Nov. 6 and the 2023 general elections.

“Your humane disposition and unassuming leadership qualities have aided your committee in depleting the membership of the opposition parties in Nigeria recently.

“The APC has been reunited more than ever under your leadership; this is evident in the victories the party has recorded in recently conducted elections by the Independent National Electoral Commission (INEC).

“With the decamping yesterday and many more in Anambra and across Nigeria, we are confident that the APC will emerge victorious in the Nov. 6, 2021 Anambra Governorship election as a build up to the 2023 general elections in the country,” he said.

Akume urged loyal members of the party to continue to pray for the Buni-led CECPC to succeed in repositioning the APC for greatness, adding that no one could have done it better.

He congratulated Buni who is also the Governor of Yobe, particularly on the recent defection of 11 law makers from Anambra from opposition parties to the APC.

He described the development as unique and unprecedented in the history of Nigeria’s party politics and prayed that the APC would continue to grow from strength to strength under Buni’s watch.

READ ALSO:  Tinubu Told Me He Wants To Be President In 2023 - Yakasai Reveals

The minister noted that the fortunes of the APC in the South East had incredibly increased within a short period of time.

Buni on 29 Sept. 2921 received 11 Anambra law makers from the Peoples Democratic Party (PDP) and All Progressives Grand Alliance (APGA) to APC at the Imo Government House in Abuja.

The 11 lawmakers include six serving and four former House of Representatives members as well as two members of the Anambra House of Assembly.

Share With Friends:
Related Topics:APCCECPCFeaturedGov. Mai Mala Buni
Up Next