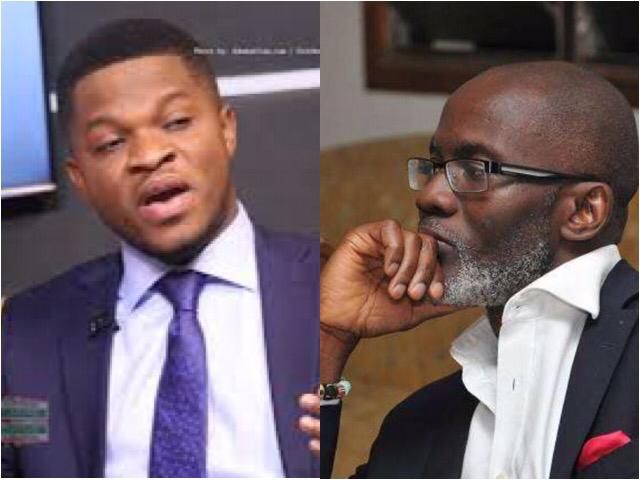 National Communications Officer of the opposition National Democratic Congress, Sammy Gyamfi has brilliantly replied a leading member of the NPP, Gabby Asare Otchere Darko after the latter questioned the NDC’s commitment and capability to pay the monthly salaries of local-based footballers as they have espoused in their manifesto.

Mr Otchere Darko questioned the NDC’s commitment to add professional footballers to government payroll, raising an alarm over the ultimate cost to the taxpayer.

However, taking his time to narrate how the NDC arrived at the decision, Sammy Gyamfi explained that “the NDC recognizes the dire straits that our Sports Associations, particularly the Football fraternity and Premier League Clubs have endured in the past two years, first as a result of the disruption that was caused by the #12 investigations, and currently due to the debilitating effects of the COVID-19 pandemic on Ghana football which has been halted since early this year

This is why, H.E John Dramani Mahama, the Nation Builder, has among other things, committed himself to establishing a Sports Development Fund to promote sports in Ghana when elected.

Page 86, paragraph 7.6.1 (f) of the Peoples’ Manifesto reads; We will…..; “use the Sports Development Fund to assist the Sports Associations to provide and improve remuneration and welfare of local sportsmen and women.”

Under this policy, any Premier League Club in need of financial assistance can among other things, apply for funds to remunerate their players and save their careers, sustain livelihoods and protect such clubs from going down.

As it has been the case for every other policy proposal contained in the NDC’s Peoples’ Manifesto, we have done the analysis and we know how much this social intervention will cost the nation and how we intend to fund it when elected.

Any club which benefits from this intervention will be required to pay a small percentage of the transfer & sign-on fees of any of their players who gets a foreign contract into the revolving Sports Development Fund. This we believe will be a prudent use of public funds to regenerate and boost an industry that feeds many and continues to be the breeding grounds for burgeoning talents who go on to lift the name of Ghana high on the global stage.”

The firebrand communications officer also took a swipe at Mr Otchere Darko, reminding him that the cost of legal fees paid to his private law firm and that of his cronies is enough to sustain this particular policy for four years.

“Did I hear the Nephew of President Akufo-Addo and Ghana’s De facto Prime Minister, Gabby Otchere Darko suggest that this laudable policy is not doable? For the records, the legal fees paid to Gabby Otchere Darko and his cronies under the stinking “Agyapa deal” alone can pay for this policy over a period of four (4) years, not to talk of the unprecedented waste of public funds we are witnessing under the obese and corrupt Akufo Addo-government“.

READ ALSO:  Video: Students of Kwabenya Shs beat teacher for being strict on them during the WASSCE

Related Topics:FeaturedGabbySammy Gyamfi
Up Next