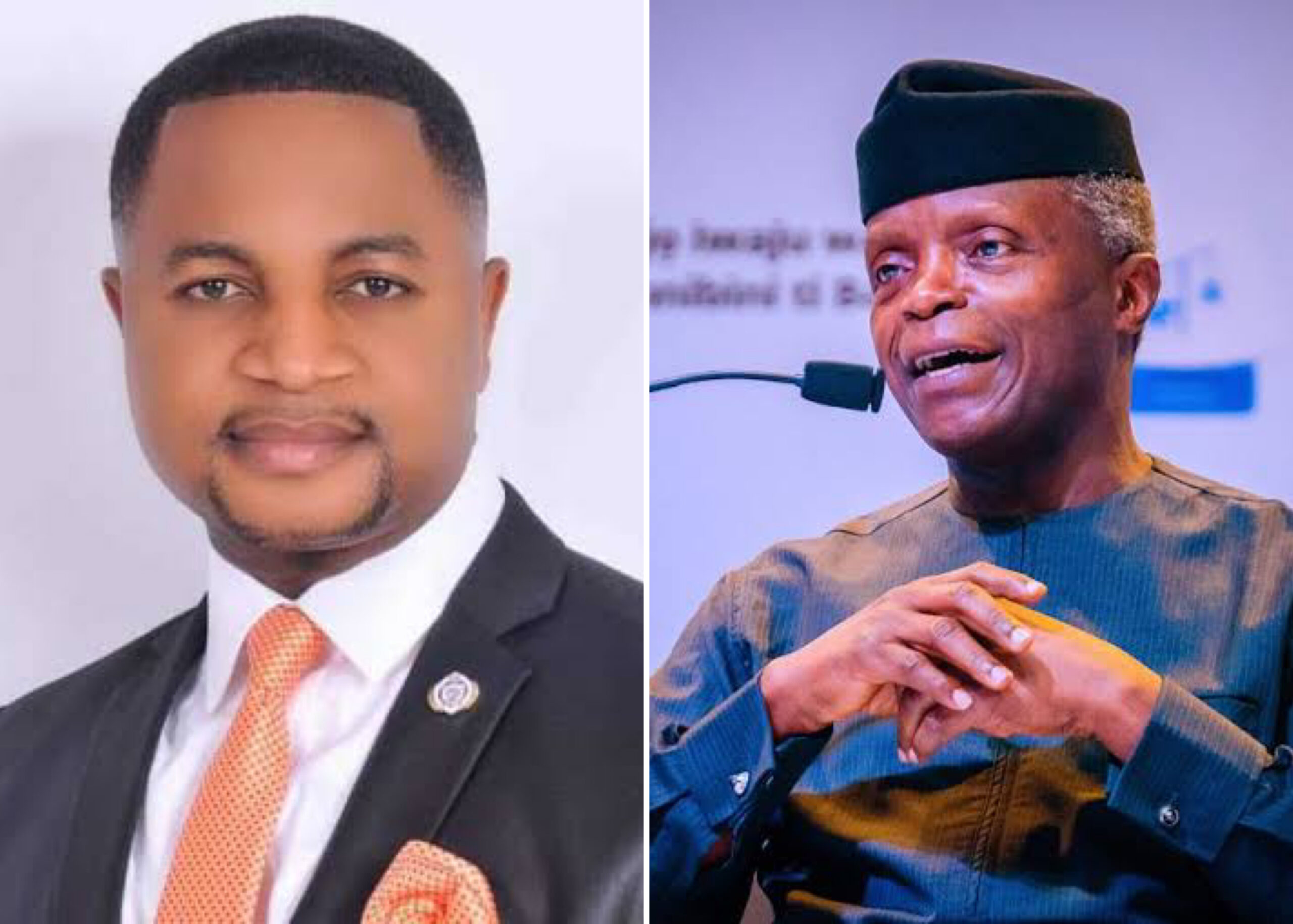 Nicholas Felix a presidential aspirant of the All Progressives Congress (APC), has pulled out for Professor Yemi Osinbajo , the Vice President, to emerge as the party’s main hopeful in the coming elections.

Nicholas Felix is a Nigerian pastor based in the United States.

On Tuesday, the clergyman announced that he was stepping down from the race to support the Professor Yemi Osinbajo’s presidential ambition  in Abuja.

Pastor Felix made this known while addressing some party faithful comprising party leaders, delegates, and other supporters at the Eagle Square, the venue of the presidential convention in the nation’s capital.

BREAKING: I am stepping down for Vice President Yemi Osinbajo – Nicholas Felix#APCPresidentialPrimaries#APCSpecialConvention pic.twitter.com/4cENYVhtte

Meanwhile, the Vice President stated categorically they must vote for the right person on Tuesday night in a rousing speech where he spoke of a new Nigeria of great possibilities and prosperity.

“You cannot wish the country well and vote for someone you do not believe in,” according to Vice President Yemi Osinbajo, SAN.

Prof. Osinbajo spoke ahead of the voting by delegates at the ongoing All Progressives Congress (APC) Special Convention for its Presidential Primary holding at the Eagles Square in Abuja.

According to the Vice President, “Nigeria has the talents, resources and the resourcefulness to become one of the world’s leading economies.”

“Everything we can imagine or dream is within our reach. All that is left is for us to make the right decision tonight,” he stated.