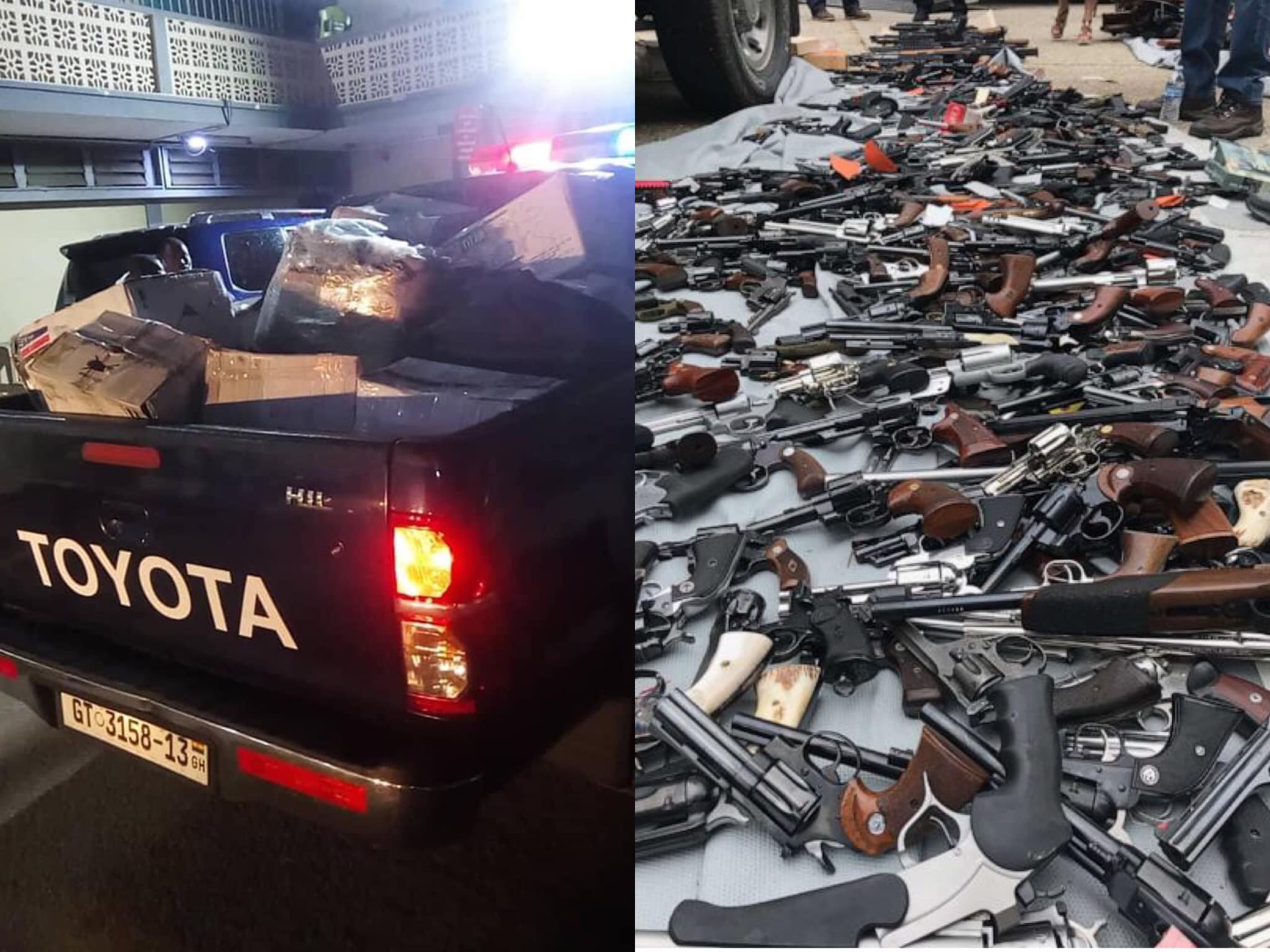 The Ghana Police Service has revealed that the 436 pistols and ammunition that were confiscated at the Tema Port in October turned out to be gas guns.

Addressing the media ahead of the 2020 general elections, CID Director COP, Ken Yeboah said upon further a close examination, the weapons turned out to be gas guns.

“Investigation is still ongoing on the 436 pistols that were intercepted at Tema port. Initially, six persons were arrested but at the moment we are holding on to one person. We have examined the weapons and they are gas pistols,” he stated.

The Customs Division of the Ghana Revenue Authority (GRA) confirmed the seizure of the pistols together with 26 packs of 50 pieces of ammunition and pepper spray at Tema port last month. A statement issued by the Authority on October 13, stated that a 20 footer container which harboured the cargo that had illegally imported the goods from Turkey into Ghana had been impounded at the Tema Port.

A gas pistol is a non-lethal weapon that is mostly used for self-defense and other purposes. It typically looks like the traditional handgun but it is made to fire only tear gas cartridges within the range of four to five meters depending on the caliber.

Commenting on the news, security expert Colonel (Retired) Festus Aboagye said the police must come clean on the category of guns.

He said the revelation opens the Service to needless criticisms because then it suggests that those who were at the harbour when the container was impounded did a shoddy job.

Colonel Aboagye said even the gas pistols can injure people and it must be investigated what they are meant for especially with elections around the corner.