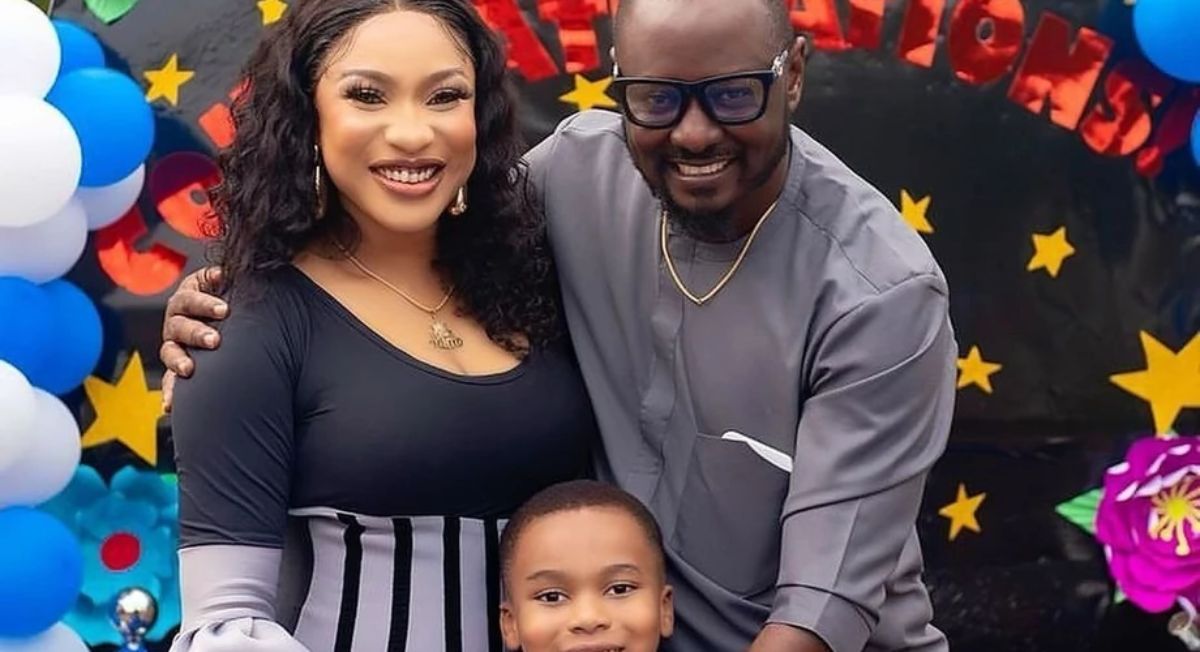 Tonto Dikeh’s ex-boyfriend, Prince Kpokpogri has finally broken his silence over the reason behind their split.

Prince Kpokpogri says the movie star cheated on him immediately they started dating.

The activist took to his Instagram Stories on Sunday, September 5, 2021, where he narrated how the movie star cheated on him at the beginning of their relationship.

“We dated for barely three months and it was more less a living hell. So much has happened in such little time that I overlooked for the sake of the so-called relationship and my personal sanity,” he wrote. 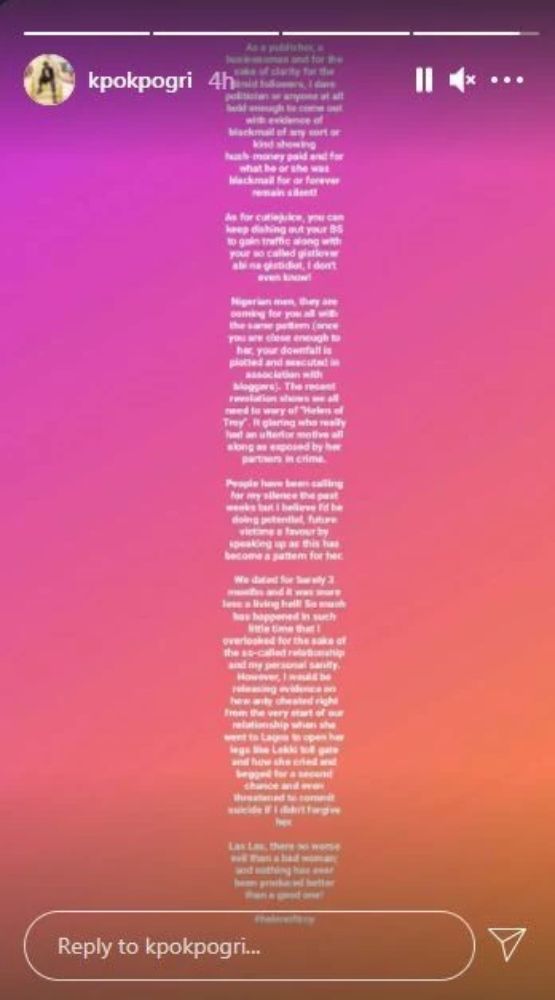 “However, I will be releasing evidence on how aunty cheated right from the start of the relationship where she went to Lagos to open her leg like Lekki toll gate and how she cried and begged for a second chance and even threatened to commit suicide if I didn’t forgive her.”

Kpokpogri’s post came hours after he had shared a post on his IG where he hailed Dikeh’s ex-husband, Olakunle Churchill.

The rumours of cracks in their relationship first broke in August after Kpokpogri was accused of cheating.

Dikeh has remained silent about the cheating allegations levelled against her new man.