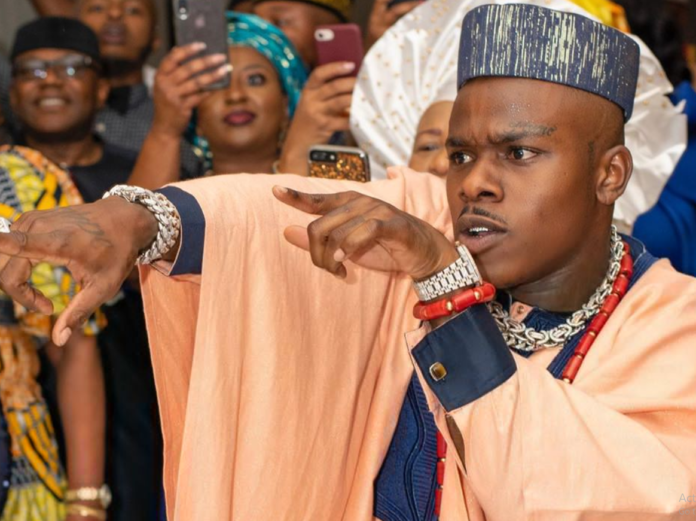 Dababy arrived in Nigeria with a rousing welcome on Monday, May 16.

The musician shared some videos on his Instagram stories as soon as he arrived.

‘Rockstar’ hitmaker was seen being hailed as some fans were pushing to meet and greet him.

Rapper DaBaby mobbed by fans as he visits Nigeriahttps://t.co/El1dJH0HVY pic.twitter.com/SCNWzYGEfg

Dababy’s visit comes nearly a year after he made the announcement.

The rapper revealed that he had a song with Afrobeat star Davido at the BET Awards in July 2021.

Dababy had disclosed he planned on visiting Nigeria so he and Nigerian singer, Davido could shoot the music video. But his trip did not come to pass.

This could have been because of controversies he was at the centre of days after the award show.

READ ALSO:  I Have Nothing To Lose Leaving Nigeria, I Have Two Houses In America – Peter Okoye

DaBaby had been called out and nearly got cancelled for making homophobic and misogynistic comments at the 2021 Rolling Loud Miami concert.

However, his decision to take the trip this time is unclear.